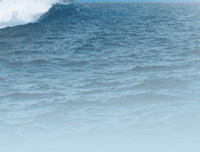 Confabulation: Any idea why you just did that?

In his book titled The Happiness Hypothesis University of Virginia psychologist Jonathan Haidt defines “Confabulation” – that’s how people readily fabricate reasons to explain their own behavior. That might seem confusing and you might think “Why fabricate? Don’t we know why we do behave in a certain way?” Well, the answer is NO, if we consider the results of tens of psychology studies.

In other words sometimes, and that can even be a lot of the times, we behave in certain ways without being aware of the real reason for our behavior. At the unconscious level some motivation, previous experience, or current physical stimulant (eg., smell, temperature) could trigger a thought or a behavior without our awareness.

My favorite example is one of many “priming” studies done by Dr. John Bargh and his students at Yale University. In priming studies researchers would expose participants to a stimulus such as some words, a smell, a pictures and then see if this influences or primes a subsequent thought. reaction or behavior of the person.

Here’s what happens in my favorite priming study: Just by manipulating the temperature of a drink – coffee vs. coke – their participants were asked  to hold “before” the experiment, the researchers influenced the participants’ subsequent evaluation of a job applicant! People who were asked to hold a cup of cold coke were more likely to evaluate the applicant negatively, compared to people who were asked to hold a cup of hot coffee. The latter group, in turn was more likely to suggest hiring the applicant. The explanation possibly being, a cold sensation triggers a cooler, distant approach, while a warm sensation prompts a warmer approach to the person.

When asked afterwards, the participants were not even aware of the connection between holding a drink (or the temperature of the drink) and their evaluations of the job applicant. So functions the “unconscious/automatic processes”…We end up having thoughts, making evaluations and decisions, or acting in certain ways as a result of things that we are not even aware of!

And the confabulation part comes in when we are asked to explain the reason behind our behaviors. Since we are not aware of the “real” reason, we end up “fabricating” a plausible explanation for our behavior and we do sincerely believe this “made-up” explanation is the cause of our behavior! The participants in this study might explain their evaluations by factors that “made sense” at that moment: “He seemed competent”; “He was a good communicator” vs. “He seemed distant and not confident” even though in both conditions the “applicant” was exactly the same person and behaved exactly the same way.

Now what does that mean for you? If you’ve been following this blog, you know that my favorite suggestion for any kind of solution or improvement is BECOMING AWARE. And that requires self-reflection on the underlying reasons for your thoughts, feelings, reactions and behaviors. If you don’t do that, it is highly likely that you miss some of those reasons that were the actual triggers for your reactions.

You might wonder “Well, you’ve just said some of these triggers are outside our awareness – how can I become aware then??” To be honest, you’ll probably never be able to become aware all of the factors but you have the choice to become more “inquisitive”, especially when it comes to important judgments and decisions.

These might sound trivial but they are not different than the effects that researchers find study after study.  So… be open to the idea that your thoughts and behaviors are shaped by factors that you are not always aware of – by now that is a well-established scientific fact!

This entry was posted in Automatic processes, decision-making, self-awareness. Bookmark the permalink.